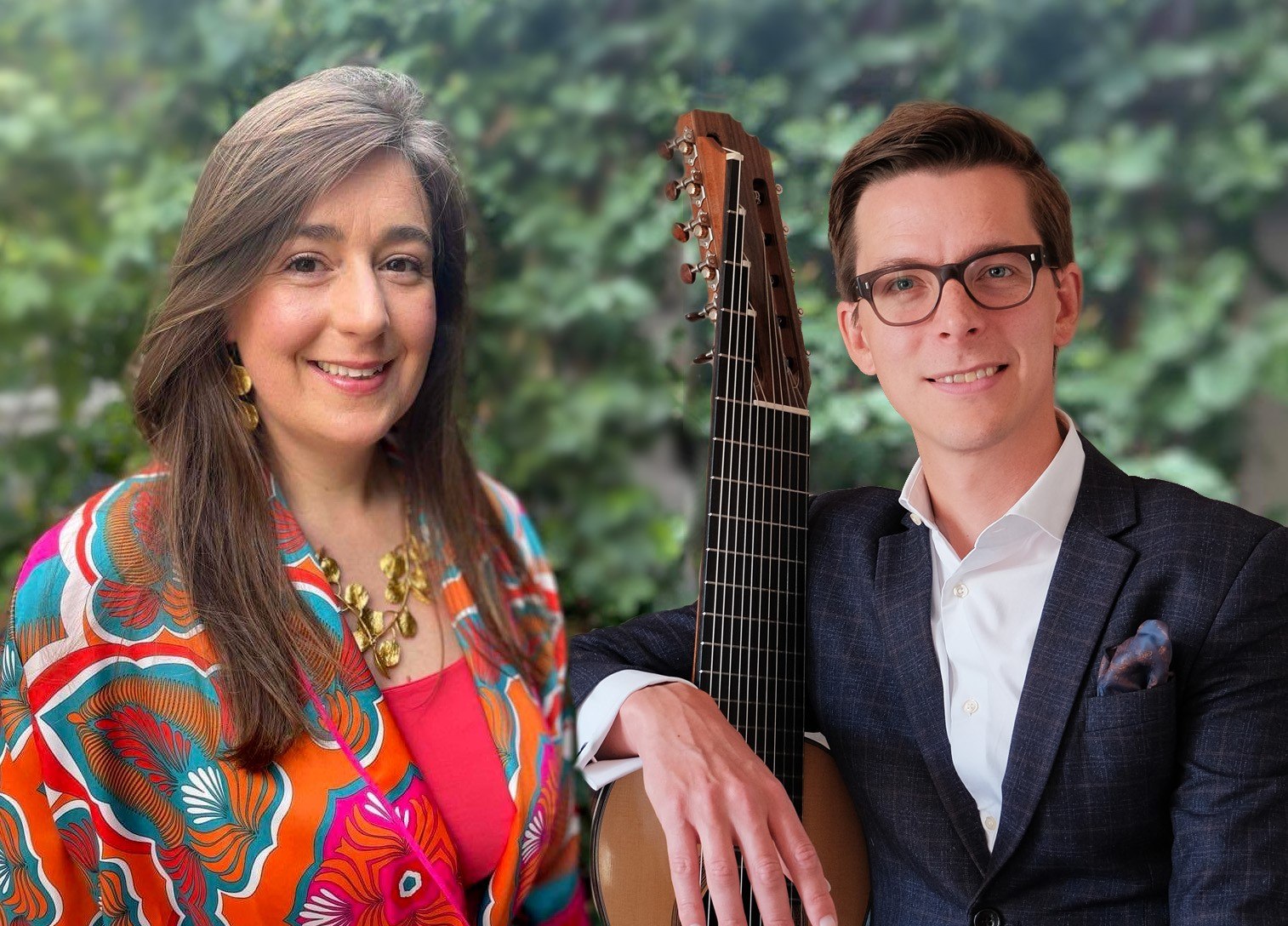 Chloè is a classically trained singer and she lives in Edmondstown House in Roscommon with her husband and their two children. She completed a BMUS Hons degree at the Royal College of Music as a Foundation Scholar in 2007. Since then she has performed in many oratorios, operas and concerts at many accredited places such as St John’s Smith Square, Ronnie Scott’s, Fairfield Halls and the Royal Festival Hall. She has sung in many masterclasses and concerts across Europe whilst continuing her studies under an Italian maestro in Vienna.

This year she has performed at King House, singing and producing ‘Mr & Mrs Hake and the magic princess fish.’ She is passionate about using her voice and creating children’s operas presenting storytelling through song for young audiences. She is delighted to return to King House collaborating and performing a collection of songs with eminent classical guitarist Nils Klöfver.

International guitar virtuoso Nils Klöfver is a critically acclaimed classical artist touring the world with his 6-string and 11-string guitars. Whether as a soloist or in ensembles, his music keeps making its mark through performances and recordings of inspired interpretations, daring commissions and his own original arrangements and compositions.

He is originally from Sweden but moved to England as a teenager for studies at the Royal College of Music in London. Here he graduated with a 1st class degree and was the winner of the Royal College’s Guitar Competition. After a decade of performing, recording and teaching in England he relocated and settled in China in 2017. Alongside performing and recording he is also the head of guitar at the Wycombe Abbey International School and the artistic director of the Changzhou International Guitar Festival. Today Nils is based in Sweden and is regularly invited to play across Europe.

Nils has recorded a number of solo and ensemble albums where the most recent explores some of the corner stone works for the instrument and is named after his own composition Revolving Rondo.

Chloe and her husband David Ewings bought Edmondstown House, Co. Roscommon from the Catholic diocese of Achonry in 2017. Up to then it had been the residence of Bishops of Achonry for over 100 years. David cooks and serves highly-praised meals at their recently renovated house. We are delighted that David will be providing the fine dining for this event in the form of Tapas and Sangria.